The Department of Creative Writing at UCR offers the only Bachelor of Arts in Creative Writing in the University of California system and the MFA in Creative Writing and Writing for the Performing Arts. It is a growing and dynamic program made up entirely of established writers and poets. Courses at UCR are designed for all students in the language arts, and they emphasize developing each student's skills and talents. Through writing fiction, poetry, nonfiction, and/or drama, students examine language and meaning both as practitioners and as readers as they develop and hone essential writing techniques.

Every writer needs to develop a critical sense to augment creative ability. For this reason, the Creative Writing Department offers two types of courses. Workshop courses are seminars that focus on writing and on the discussion of student work. Reading courses for writers focus on aspects of literature presented from a writer's point of view. Frequently, they employ writing in imitation as one of several approaches to understanding the craft of writing. Upper-division workshop courses are offered at the beginning, intermediate, and advanced levels in poetry, nonfiction, and fiction. Several reading courses link two genres such as fiction and poetry, and poetry and drama.

Give to Creative Writing Department

Susan Straight's Mecca (2022) is named to the Washington Post's !0 Best Books of the Year list.

Allison Hedge Coke was named one of four finalists for the National Book Award for Look at This Blue (2022).

Reza Aslan's An American Martyr in Persia: The Epic Life and Tragic Death of Howard Baskerville was published by W.W. Norton.

Susan Straight's Mecca (2022) is a finalist for the Kirkus Prize.

Allison Hedge Coke has been named to the longlist for the National Book Award for Look at This Blue (2022).

Juan Felipe Herrera has been honored by the Fresno Unified School District by naming its latest new school Juan Felipe Herrera Elementary. He also received a Pegasus Award from the Poetry Foundation and was named Edward A. Dickson Emeritus Professor at UCR.

Allison Hedge Coke’s latest book, Look at This Blue: An Assemblage Poem (2022), is out from Coffee House Press.

Tom Lutz published Portraits (2022), a collection of photographs and mini-essays with Rare Bird Lit, and The Kindness of Strangers (2021) with the University of Iowa Press. His new novel, Archipelago, is coming out in 2024.

Charmaine Craig’s My Nemesis (2023) is in galleys for publication early next year by Grove Press.

Emily Rapp Black’s Frida Kahlo and My Left Leg was published in June of 2021.

None at this time.

Statement of Solidarity with the Asian American Pacific Islander Community

We are grieved by the recent killings in Atlanta, as well as by all other anti-Asian bigotry and violence, and stand in solidarity with our AAPI colleagues, students, and, more broadly, all AAPI across the nation. We stand against all anti-AAPI hate crimes, discrimination, and dehumanization, knowing that the group Stop AAPI Hate has reported 3,975 hate incidents against Asian Americans between March 19, 2020 and February 28, 2021.

We stand in solidarity with Black Lives Matter. The brutal killings of George Floyd in Minnesota, Breonna Taylor in Kentucky, and Ahmaud Arbery in Georgia are part of a pattern of state violence against Black people, which too often remains invisible and unpunished when it is not blamed on the victims themselves.

The nationwide protests we are witnessing this week are an expression of anger at police violence, a rejection of white supremacy, and a call to our leaders that they live up to the nation's founding proclamation of equality. We demand accountability from the police, disinvestment from law enforcement in favor of education, housing, and community services, and, above all, justice for the victims.

We acknowledge that the land on which we gather is the original and traditional territory of Tongva people [Tongva and Cahuilla people] and within Tongva, Cahuilla, Luiseño & Serrano original lands and contemporary territories.

In the spirit of Rupert and Jeanette Costo’s founding relationship to our campus, we would like to respectfully acknowledge and recognize our responsibility to the original and current caretakers of this land, water and air: the Cahuilla, Tongva, Luiseño, and Serrano peoples and all of their ancestors and descendants, past, present and future. Today this meeting place is home to many Indigenous peoples from all over the world, including UCR faculty, students, and staff, and we are grateful to have the opportunity to live and work on these homelands. Please also visit our university founder's legacy page, Cahuilla Scholar Rupert Costo, California Indian Studies & Scholars Association, UCR's California Center for Native Nations, Native American Student Programs (NASP), and the page of UCR's Rupert Costo Chair, Dr. Clifford Trafzer. 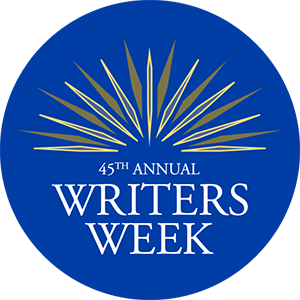